Is It Dangerous to Climb Kilimanjaro? 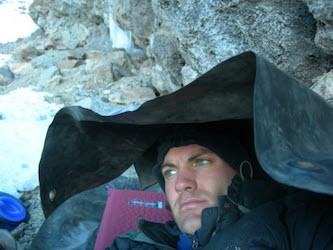 I was at a drop zone with friends a couple of weeks ago and one noted aloud - having received an alert from one of his WhatsApp groups - that a friend, a young father happily married - who had parachuted for many years - had just been killed that day. My automatic thought, since I had just jumped out of a plane myself a few minutes prior, was that he had somehow had a parachuting accident. But no, he had been killed in a road accident on the way back home from a distant work assignment. 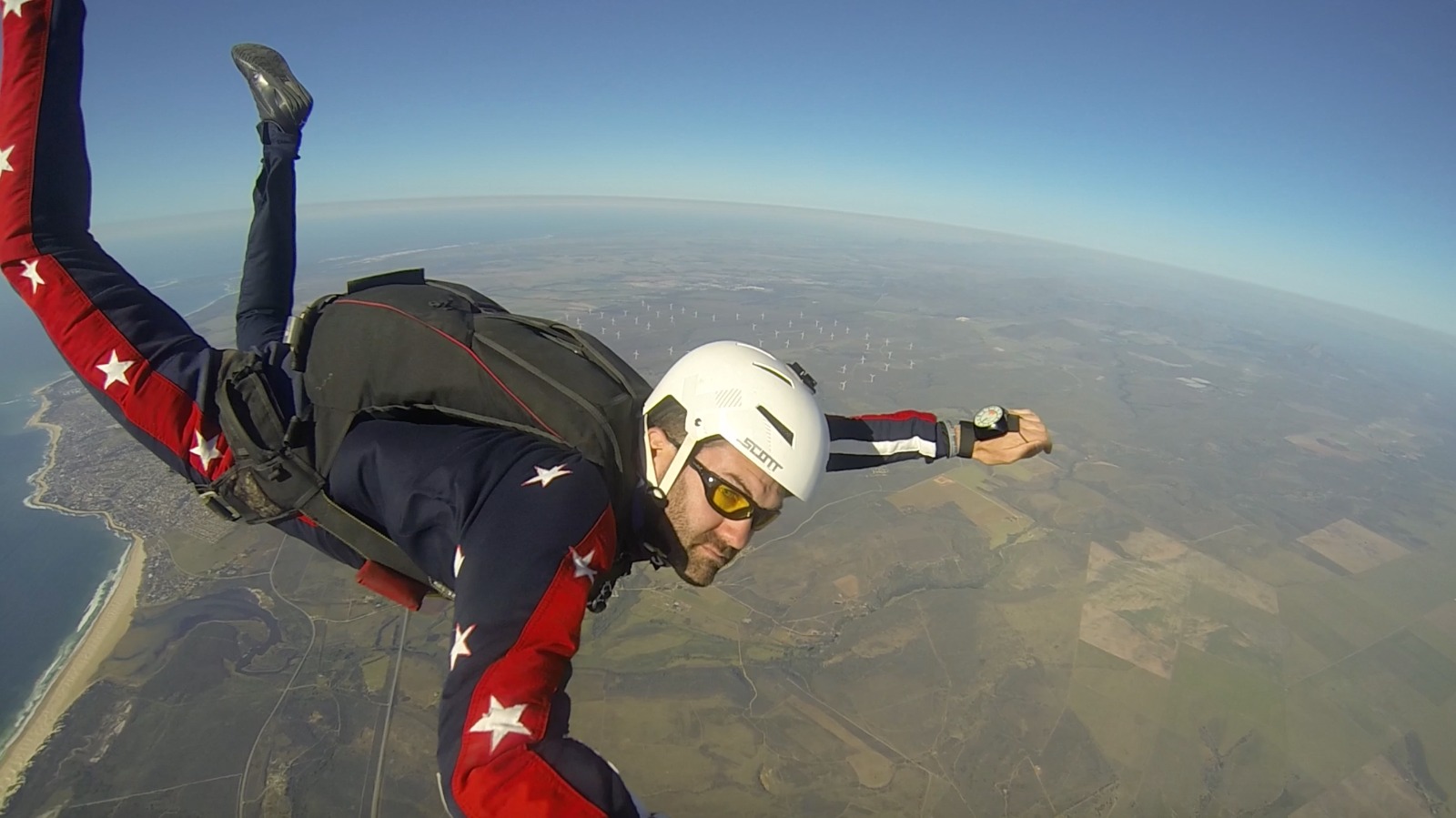 We probably all take car travel for granted because we're so accustomed to travelling in vehicles from our earliest youth, but driving is actually incedibly dangerous. The idea of directing a tonne of metal within inches of another hurling tonne of metal travelling in the opposite direction, while either driver may be distracted by a phone call, demanding children, or an argument with another passenger, ought to send chills through us. But it doesn't.

As a company, in the last 15 years of operating climbs on Kilimanjaro, by the grace of God, of the couple of thousand of crew we've been blessed to work with we have only lost two members of staff to tragic accidents. Neither died on on Kilimanjaro. They both died in road accidents while on their way to work.

So, while I concede that climbing Kilimanjaro has its dangers, we do well to see the risks in context.

The Dangers of Climbing Kilimanjaro

Mountaineering per se is inherently dangerous. The most common dangers are usually the following:

However, while I've noticed that a few companies have a marketing strategy of exaggerating the risks on Kilimanjaro to frighten climbers away from trekking with anyone other than them, of the above list, in my experience it's extremely unlikely that a client is likely to die from hypothermia or exhaustion, as even the guides with the least acumen and worst consciences that have managed to qualify for the guiding licenses are frankly not likely to either push a client so hard that he becomes exhausted, or not notice that he is so cold that he's losing consciousness.

It has however, been my very sad experience of witnessing the aftermath of death caused by rockfall, when I was consulting to the National Park Authority when tasked with leading the investigation in 2006 into the accident that killed 3 people on the Western Breach. I found one of the client's bandanas that had been dislodged in the accident, and it was evident that falling rock had bounced to head height while tumbling down the slope.

The route was unsafe and had been configured on the basis of a previous universal misunderstanding of where the rockfall that was long known to frequent this face, habitually originated.

I spent a cold night at 5,300 metres without a tent, halfway up the Western Breach so I could see the path that rockfall travelled without having to exit my tent first, by which time I'd have been too late to see the path of the rock. In this way I determined beyond any doubt where the rockfall was originating and was able to advise the authorities how to reconfigure the Western Breach route in such a way as to minimise the likelihood of trekkers being struck by falling rock in the future. I also observed the pattern of the falling rock that night - which was for fragments around the size of medicine balls to bounce continuously to around 3-5 metres' height above ground level, as they tumbled at around 60-80 mph downwards.

However, in spite of my suggested changes to the route having been accepted by the authorities, the safety of climbers on the Western Breach is far from guaranteed. A guide may not be well briefed or trained by his company to adhere to an intelligent rockfall avoidance strategy, and to be fair, even a well trained guide may encounter rockfall during the very few seconds that a properly prepared client may spend crossing the small re-entrants on the route perpendicularly, in the most correct fashion. So, there is definitely no room to be blasé.

Any ascent of the Western Breach, frankly, will benefit from a good deal of caution.

Elsewhere on the mountain, on the two main assault routes on summit night, from Barafu Camp (towards the conclusion of the traditional Lemosho, Machame and Umbwe Routes) and from Kibo Huts (used on the Marangu and traditional Rongai Routes), since there is a such a great weight of traffic passing up a loose scree slope that itself has accumulated on a slope that is in the process of relatively dramatic erosion, climbers should be prepared to encounter some rockfall on all the standard routes. However, whereas on the Western Breach, rockfall may easily be lethal, as it bounces above head height, on the assault paths above Barafu and Kibo Huts, it is rare for falling rock to bounce any higher than thigh height, and again, there is a great deal less of it falling on both of these routes combined than on the Western Breach route.

While on the subject, if anyone's interested in gettig more detailed information on the Western Breach, several years ago I wrote a website exclusively on that subject. It needs updating, but is still instructive for prospective Western Breach climbers.

Technically speaking, probably 3 in every 4 trekkers on Kilimanjaro actrually experiences some degree of AMS, as it's very rare for climbers not to suffer at least a very mild headache or a touch of nausea - the earliest symptoms of the onset of AMS. However, a well conceived route, an attentive guide and good nutrition, hydratyiona nd rest along the way will ensure in the vast majority of cases, that any such suffering will be extremely mild - if experienced at all.

If a trekker manages to hide his condition from the guide and he develops AMS, there is a risk as he ascends that what may begin as a relatively innocuous condition may deteriorate into either pulmonary or cerebral oedema. Both of these conditions are the body's response to a critically inadequate supply of oxygen being served to resources that typically require copious supplies - the lungs and brain. These organs, once it is recognised that damage may soon ensuecas a consequence of the inadequate supply, secrete a protective fuild to presere the organ against permanent damage, but in the interim, the presence of this fluid can be debilitating and extremely painful, and the deliberately reduced function of these organs can have consequences that at altitude can be very dangerous, progressive starvation of a growing number of other organs in the body, and in the case of cerebral odema, seriously inhibited mental function.

If not dealt with decisively, the condition may easily lead to death. However, in the case of a team that is experienced and well trained, and which works to corect priorities, Kilimanjaro is probably one of the safest 5,000m+ mountains in the world on which to respond to this threat, as it is possible at almost any point on every permissible route on the mountain, to effect a swift evacuation to an altitude at which the condition may quickly begin to ameliorate.

If the oedema is detected early, a descent of just 300 metres will sually suffice to ensure that the client regains the ability to continue the descent self-propelled, but since a side-effect of the condition is reduced function - muscles starved of oxygen in the case of HAPE, and a reduction in coordination, from which improvement may be quite slow, it is usually advised that evacuation continues to be assisted for at leas a further 1,000 vertical metres of descent.

My greatest concern at altitude is in the case of climbers who have an underlying heart condition, and I advise anyone over the age of 50 to ask their physician to test them vigorously for sound cardiac function, and to reflect on the possibility of having perhaps inherited a congenital condition from a loving parent. A trekker may be completely unaware that they have a defective heart until their first exposure to high altitude. And it is certainly not a recommended place to receive one's first diagnosis.

Prolonged exposure to high altitude has a deleterious and insidious effect on the physiology generally, and trekkers who have any pertinent concerns in this area should wear heart rate monitors and become extremely suspicious if they find their heart rates becoming unusually slow while on the mountain.

If you ensure you climb with someone competent, avoid rockfall risk zones, use an intelligently configured route that incorporates topography to the best pro-acclimatisation effect, stay well hydrated, and don't rush, then actually, the risks involved in climbing Kilimanjaro are really very low. 👍