Our attitude to safety is unique in that our founder is from time to time contracted by Kilimanjaro National Park Authority to conduct safety work on the mountain and to advise on route selection and accident prevention. He was responsible for determining the cause of the rockslide in January 2006 that killed 3 climbers. (See the Western Breach Accident Investigation Report, a discussion of the causes and proposed reaction of the National Park following the tragic accident of January 2006. Further information and videos are available on our dedicated Western Breach page). Aids to Safety on Kilimanjaro?

Some prospective climbers who have spent time reading the websites of other Kilimanjaro expedition organisers have asked us why, if Team Kilimanjaro are renowned for our mountain safety, do we not appear to place the same emphasis and encourage the same dependence that other companies do, on the use of our safety equipment on our climbs? For instance, why do we not use our Gamow Bags as standard on Kilimanjaro, or administer supplemental oxygen en route to the summit, as some others claim to? Such enquiries - which erroneously presuppose that Gamow Bags and supplemental oxygen will ensure that a climber is safer on Kilimanjaro - make it necessary to address the matter of alleged ‘safety’ equipment that some poorly trained agents appear to be marketing as a means of reassuring climbers that they will be safe if they climb with expensive companies, and of frightening away climbers who have no background in mountaineering, from more reasonably priced competitors who often will not carry these items.

Climbers will note that our discussion of these matters is probably very much at odds with what they have read elsewhere. This is a deliberate attempt to address a serious concern we have that climbers have often been misled into believing that the presence of certain items on their kit list is effectively an insurance policy against the risk of death at high altitude. The reality is however, that of the thirty or so deaths that occur each year on Kilimanjaro, probably fewer than half would ever have been avoidable, regardless of what equipment had been carried. So while readers may have found elsewhere that climb organisers have advertised their use of some of the following items as a means of assuring climbers of their personal safety, they will please notice that we are hereby strongly discouraging climbers from any psychological dependency on hardware as a means of ensuring their safety.

The mountain is a dangerous environment where at times you will breathe only half the oxygen that you are used to. Unless strapped into a re-breather on supplemental oxygen for the assault - which, sensibly, no-one currently offers on Kilimanjaro - no amount of equipment can change this fact and climbers should understand that when attempting Kilimanjaro they are implicitly accepting a known risk that statistically, for every thousand people attempting the summit, one person will die trying, or descending from the summit.

Climbers should be aware that in at least two cases in the last four years deaths have occurred within the care of reputable companies that carry hyperbaric chambers. While some deaths are totally unavoidable, some deaths are avoidable and we have at times observed that the inclusion of some items as standard on an operator’s kit list can serve to communicate to an inexperienced guide that a company’s management expects the support staff to go firm and administer prolonged palliative therapy in hostile conditions at high altitude, rather than brief pharmacological first aid followed swiftly by immediate and rapid descent to a safe altitude, and evacuation to a facility where the casualty will receive professional care and specialist supervision - as TK guides are trained to ensure.

We would therefore wish climbers to understand the limitations of reliance on equipment commonly understood to promote climber safety. In short, it is not hardware that saves lives on Kilimanjaro, but rather the unhesitant implementation by highly practiced guides of tried and trusted procedures. Frequent and accurate communication with your guide, and careful self-monitoring are therefore key to best ensuring your personal safety when climbing.

The following titles cover the most of the equipment and facilities that are commonly discussed in connection with safety on Kilimanjaro:

We have seen these advised for Kilimanjaro by prominent ‘experts’ but experts with evidently nil awareness of the topography of Kilimanjaro. A Gamow Bag is a very simple portable sealed chamber large enough to accommodate a reclining adult. A foot pump is attached to a valve inlet enabling the chamber to be filled with enough air as is required to simulate a desired altitude with respect to the principle that air pressure increases with lower elevations. These devices are an excellent idea for expeditions to Mount Everest - where on the north side it can sometimes take 4 days to reach a safe elevation if evacuation becomes necessary and regular 30 minute sessions inside the bag will hopefully ensure a climber’s SpO2 is temporarily raised to a sufficiently safe level as to stave off the onset of cerebral and pulmonary oedema while the evacuation is effected - but on Kilimanjaro deploying a Gamow Bag would generally impose unacceptable delays and is unlikely to be helpful, with immediate descent nearly always being seen as preferable.

A poor quality hyperbaric chamber assembly can take as much as 30 minutes to set up and pressurize. The most likely site where a Gamow Bag would be used is the Crater Camp at 5729m. From a starting point of 5752m (Stella Point) descending rapidly with two support staff it is realistic to expect to be able to descend some 300 to 450 vertical metres within 30 minutes. A 300m loss in height usually represents a sufficient pressure increase to ameliorate a critical condition. So, Gamow Bags are good for mountains from which immediate rapid descent is not practicable, but they are not generally useful on a mountain that it is humanly possible to descend from summit to gate in 2 hours 20 minutes (Simon Mtuy, 26th December 2006).

It should be understood that Gamow Bags are designed not to be airtight and require the user to stop every few minutes to pump more air into the bag so that the pressure can be maintained. This requirement slows down an evacuation considerably. Contrast this with a recent case on 16th October 2007 in which one of our guides, Deodatus Na’alli, judged that a disabled-from-birth climber’s condition at 5200m merited immediate descent. The team began the evacuation at 0545 while our UK office liaised with the zonal park warden and we had the casualty in the ambulance by 1150, which our UK office had requested to drive part-way up the mountain to 2300m. By 1230, just 6 hours and 45 minutes after beginning the evacuation from close to the summit, the climber was receiving medical care at KCMC in Moshi. (The climber recovered fully subsequently and has since himself become a climb coordinator).

Where a climbing group has a pre-determined wish to be equipped with one of our top of the range Gamow Bags this is available at a supplementary charge of USD 240 per climbing group per Gamow Bag. Our bags are pictured above at right.

In 2006 Team Kilimanjaro were approached by Air Alpha to join forces towards a new privately run high altitude rescue facility that would involve the use of state-of-the-art Eurocopters that are easily capable of landing on Kilimanjaro’s summit or effecting rapid evacuations from the crater (5730m). The programme would have enabled air support to be with a casualty on Kilimanjaro’s summit within just 25 minutes of being contacted. Regrettably, however, the proposal was rejected by Tanzania National Parks Authority.

However, more recently Kilimanjaro Search and Rescue have succeeded in obtaining a contract for helicopter rescues. While not as versatile as a Eurocopter, SAR represents a great improvement to the evacuation resources  the mountain enjoys. Climbers should not, however, rely on this evacuation facility, as bad weather will prevent flight and landing.

The landing area is just below Barafu - a further great improvement on where the helicopters dispatched from Nairobi used to be able to land.

Use of Supplemental Emergency Oxygen when Climbing Kilimanjaro

Again, rapid descent should be seen as a preferable course. Once a climber is administered oxygen it is no longer safe for him or her to continue to ascend as the 99% oxygen inspiration de-activates the body’s triggers which accelerate its Haemoglobin production. We administer emergency oxygen in conjunction with rapid descent only. We carry the same aluminium canisters and regulators as are supplied to the US State Department, and in our view these are of the most reliable quality available worldwide. We would reiterate however, that supplemental oxygen is issued to the support team for use in emergencies only; not as a means of assisting a climber to the summit.

Use of a Pulse Oximeter when Climbing Kilimanjaro

This is a small plastic clamp fitting over a finger from within which two wavelengths of light are shone into the tissue of the finger. The amount of light of a certain wavelength that Haemoglobin absorbs is correlated to the level of saturation of oxygen of the blood. The resultant reading effectively offers a reliable approximation to the user of the instantaneous amount of oxygen in the person’s blood. The climber should however breathe normally while these measurements are being taken as hyperventilation and then immediately holding one’s breathe will generate a low pulse rate / high SpO2 reading.

The reason that we actually advise against the use of pulse oximeters, except where a qualified physiologist with special understanding of altitude accompanies the expedition is that all users without exception that we have questioned on Kilimanjaro have demonstrated a poor understanding of how the reading should be interpreted. It is commonly assumed that a high SpO2 is a good thing and an indication that the climber is faring better and is therefore safer than a subject with a lower SpO2. This kind of false interpretation is potentially dangerous to the climber and serves to mislead the person monitoring the climber into thinking that the high reading indicates that the climber is safe, whereas death can occur from altitude-related complications even while a climber has a relatively high SpO2 reading.

What we have consistently found however is that people in poor condition will often have triggered an emergency response that will raise their SpO2 at relatively low altitudes while the bodies of athletes whose demanding habitual training regimes regularly take them beyond their anaerobic thresholds don’t acknowledge any requirement to alter their physiology until quite high up as the state of mild hypoxia is interpreted by these bodies as something that is relatively normal. A healthy and adequately acclimatised athlete can therefore show an Sp02 of 70% at Barafu (4681m) while an unfit person might have a reading of 80%. It is perfectly possible to develop a cerebral oedema with a saturation of 80%. Oximeters are therefore not usually advised as readings are only useful to qualified persons and the non-device reliant ability of an experienced guide to recognise danger symptoms in a casualty should be considered preferable.

Taking a Portable Defibrillator on an ascent of Kilimanjaro

This is arguably a good idea for someone with a known serious cardiac disorder who is determined to attempt Kilimanjaro whatever the risks. Sir Ranulph Fiennes claims that his life was saved by a portable defibrillator at Bristol Airport however we have never heard of one saving a single life on the mountain, and it is questionable whether many - if any - attempted resuscitations are likely to succeed in the crater where the barometirc pressure is typically around 500-550 millibars, and where statistically, fatalities have most often occurred throughout the mountain’s history. AEDs are usually voice-guided and very simple for anyone to operate. 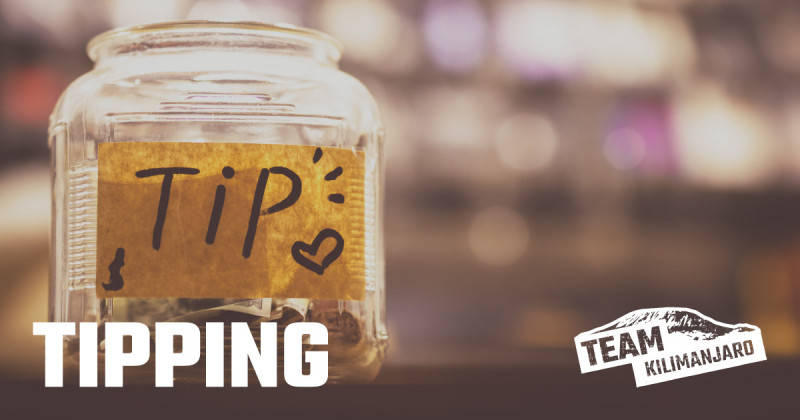