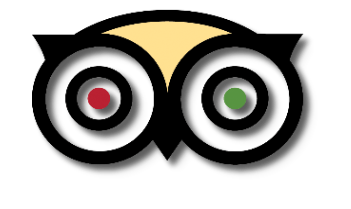 The purpose behind this page is to offer the perspective of a Kilimanjaro tour operator regarding the authenticity of Kilimanjaro trip reviews that are available to read on websites that purport to offer impartial feedback from people that have climbed Kilimanjaro. The more specific provocation motivating this page however, concerns a particular Kilimanjaro review that appeared on TripAdvisor in February 2012, that seemed to have been written by someone that had climbed Kilimanjaro with Team Kilimanjaro.

Those believing that the review were genuine would likely have had difficulty concluding that choosing to climb Kilimanjaro with Team Kilimanjaro would be a good decision, if the trip in question were in any way representative of Team Kilimanjaro climbs generally.

When we were alerted to the review, naively - in retrospect, we did not immediately realise that it was fake and were very disappointed to learn that someone may have climbed with Team Kilimanjaro and been unhappy with the services we had provided them, and not asked us to rectify any perceived shortcomings while on the mountain. For example, where a climber has valid concerns with the quality of the food that we provide, we can send a pre-acclimatised substitute cook to replace an under-performing one within 24 hours, to any camp on Kilimanjaro, and can send re-supplies if any provisions are deemed inadequate.

At the very least, we were saddened that this person had not broached the matter of their being dissatisfied directly with us on their descent from Kilimanjaro, and offered us the opportunity to apologise and seek to make amends for any shortcomings that we had been responsible for. However, on considering the review more carefully, it became obvious that this ‘Kilimanjaro review’ was not genuine.

The grounds of our suspicions related principally to the reviewer claiming to have climbed with us in January of 2012, and yet not having offered any corroborating information by which we could determine the identity of their guide, the date they claimed to have climbed with us, or the route they claimed to have used. Indeed, the comments were so generalised and made claims that ran so diametrically contrary to what we are used to reading from climbers about the perceived level of service that they have received from us, that we were frankly unable to believe that the review was authentic.

With these concerns in mind then, seeing it as an enjoyable challenge, two of our staff volunteered to determine the identity of the person who wrote the suspicious TripAdvisor review, since their professional backgrounds prior to joining Team Kilimanjaro lent themselves quite usefully to such an undertaking; one was a police man for 19 years during which time his duties included overseeing a criminal database (similar to Interpol’s catalogue of Red Notices), and in pursuing the criminals stored on this database; while the other has served with a British Army unit whose role is Intelligence, Surveillance, Target Acquisition and Reconnaissance.

Their investigation concluded that the young lady who wrote the review, Patricia R__n (nee Cul__ne) never climbed with Team Kilimanjaro and indeed has likely never actually visited Africa. Patricia is of mixed (probably) Serbian / British extraction (with Polish and Swiss relatives), enjoys frequent travel to Australia and New Zealand, has lived both in Hove and London with her two young boys, married an Irishman named Godfrey in April 2008 (Godfrey R__n is Director of Marketing and Sales for an aviation technology company), and has served both as a Business Travel Consultant and Communications Manager in Brighton and London for a large international payments processing company that - coincidentally - is now offering payment processing services to a small operation in Arusha, which apparently aspires to become a competitor to Team Kilimanjaro and who, again coincidentally, happened to have a very glowing report submitted on TripAdvisor immediately prior to our fake negative report.

How many TripAdvisor reviews are genuine?

We have no idea, and no scientific means of approximating this, however, seeing things from within the context of a travel related service, it is clearly apparent to us that there are many Patricia R__ns scattered throughout the world. Indeed, we asked four members of our staff, each of whom had recently spent several days researching feedback on the Arusha hotels that we use for our Kilimanjaro climbers (in order to compile our new dedicated ‘hotels’ section on this site), by knowing what they knew of the characters and linguistic competence of the owners and marketers, to estimate the percentage of TripAdvisor reviews that they had read which they believed to be fake, and to write this figure discreetly on a piece of paper, so as not to influence each others’ estimates.

Knowing the people responsible for marketing these hotels and comparing what they knew of the advertising materials for each hotel with the TripAdvisor reviews that they researched when aiming to compare satisfaction levels generally with those provided by our own climbers, our staff’s estimates averaged a response of 49% of TripAdvisor reviews being fake.

Prior to this bracketing exercise, the writer had estimated that a little under 30% of TripAdvisor reviews were probably fake, and while the estimate of 49% seems much too high to the writer, nonetheless, it is evident that amongst those within the industry what is very apparent is that Trip Advisor has undeniably become abused by unscrupulous tourism business owners - or perhaps business owners who have identified the fact that since apparently nearly every other tourism operation is writing fake reviews promoting themselves, they are likely to be unfairly penalised if they do not follow suit.

Indeed, during the course of our research into this matter, we have discovered that such seems to be the feeling amongst slandered or under-performing travel-business owners, that there is enough demand to support not-for profit enterprises that will write TripAdvisor reviews from behind the security of an IP-address that cannot be traced to the business owner, for USD 20 per review!

In 2012 it appeared that there was also evidence that employees within TripAdvisor may themselves have been instrumental in either writing fake negative reviews on TripAdvisor, or else encouraging / allowing them, in the hope of coaxing business owners into pleading with them to remove these fake reviews. The modus operandi is that the business owner’s request is denied on the grounds that the original review ‘did not contradict TripAdvisor guidelines’ (or something to that effect), and so the fake review remains.

Within a couple of weeks however, the business owner receives an anonymous email from a disposable email address offering to replace the fake review or reviews with positive ones. On this particular occasion, the employee in question proves his capability to deliver on the deal by subtly changing an existing review. The business owner then sends the anonymous employee GBP 200 and the fake reviews are replaced with two positive ones!

Do TK Write or Commission Fake Reviews for Themselves?

With respect to our suggestion that the probable majority of tourism business owners who have identified the disproportionate influence of TripAdvisor on informing prospective travellers’ decisions as to which tour operator they will contract for their holiday / safari / expedition, readers may very understandably wonder whether Team Kilimanjaro may have ever engaged in writing or commissioning fake TripAdvisor reviews promoting ourselves.

While well-meaning associates have certainly offered to do such things for us, we have always declined such offers and are simply unable to do such things since the company’s decision makers subscribe to an old-fashioned moral paradigm which forbids any attempt to obtain gain by means of any form of deception. Indeed it is the belief of our decision makers that any such attempts on our part would be punished by an Agency that has clear knowledge of the activities of all our staff (and everybody else’s for that matter) and who necessarily cannot be deceived!

The question arises then, as to how one may find objective and truthful reviews on Kilimanjaro and safari operators. Our current preferred solution is MiReviewz, a website that allows business owners in any industry to post information about their operations and for anyone to review their services.

The significant difference with this website that sets it head-and-shoulders above TripAdvisor in terms of authenticity verification, is that reviewers are required to detail facts pertaining to their climb that allow the service provider to corroborate whether the alleged climb event actually happened, or else prove that it did not.

Additionally, this review format allows business owners and other service users to add their own perspectives, to the end that soon after a suspiciously hopelessly negative or ideally positive post is commented, the balance of supporting testimony that may be submitted via the integrated comments format ought easily to expose the original review as a fraudulent attempt to damage a competitor or promote a flailing commercial endeavour.

Climbers who have climbed Kilimanjaro and wish to promote the aims of transparency and authenticity that this project represents, are therefore invited to submit their review at Kilimanjaro Review.

Want to know how we handle your data? 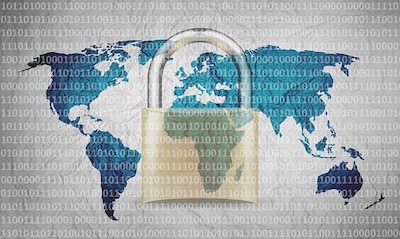