How to Climb Kilimanjaro & Ensure You Summit

How to ensure you’ll summit when you climb Kilimanjaro

Please therefore make the effort to continue on this page the further 4 minutes 30 seconds necessary to consider the following issues, as failure to do so could conclude with your spending a lot of time on training for Kilimanjaro and travelling to Tanzania, and a lot of money of trekking equipment, flights and climb costs, and end with your stopping a couple of hundred metres short of your objective - failing to reach the summit of Kilimanjaro.

We really cannot reiterate this forcefully enough. Time and again we are approached by climbers wanting to attempt Kilimanjaro for the second time who their first time on Kilimanjaro blithely acquiesced to the recommendation of a local tour operator whose management evidently had no interest in fully apprehending all the factors that contribute to summit success, or by a seemingly well-organised foreign agent that didn’t scrutinise the logical apparatus of the local operator that they subcontract their climbs to, and who just went with the flow.

How to acclimatise safely & thoroughly on your Kilimanjaro trek

As discussed, Team Kilimanjaro is dissatisfied with the traditional use of all six officially sanctioned routes on Kilimanjaro. This is because each variant either fails to incorporate sufficient use of topography to ensure adequate acclimatisation - in the cases of Marangu and Rongai - or else unnecessarily depletes climbers’ reserves en route to High Camp - in the cases of Lemosho, Shira, Machame and Umbwe.

Since prolonged exposure to high altitude has a strongly deleterious effect on the human body and that full recovery from physical duress is not possible when in a semi-acclimatised state, any route that spends the first 5 of the 9 kilometres required to approach High Camp in descending 401 vertical metres, is logically indefensible.

Since TK’s raison d’être is to ensure that as many hikers as possible climb Kilimanjaro safely and comfortably, with alertness, confidence and awareness of their magnificent surroundings and are able to cherish the warm and encouraging company that they share their expedition with, we have devised route variants that more than adequately address all the weaknesses inherent in the traditional Lemosho, Shira, Machame, Umbwe and Rongai trails. With this objective in mind our unique route variants:

To Climb Kilimanjaro Get in Touch with TK Today

So, if you’re thinking of climbing Kilimanjaro and want to ensure with the greatest degree of certainty reasonably possible, that your investment in emotional and mental focus, training, equipment, flights, visas, and climb costs has the best possible chance of being realised and reaping the unforgettable rewards that every esteemed Team Kilimanjaro climber deserves, please contact us and ask to climb the TK Lemosho Route or - for those with anyone in their group carrying old knee or ankle injuries - the TK Rongai Route. 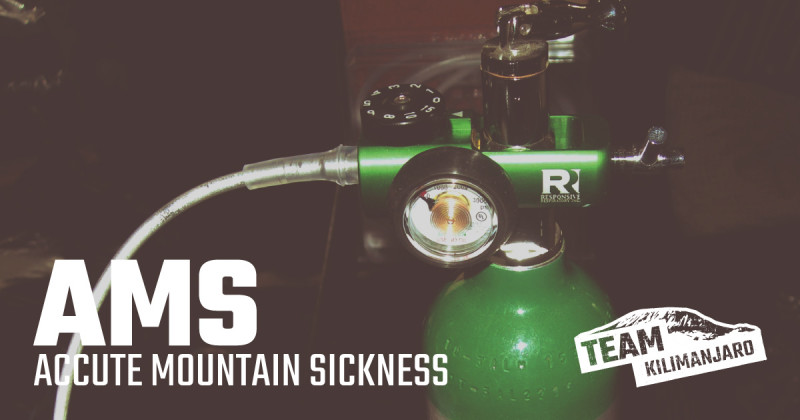 AMS, or acute mountain sickness is common at high altitudes. At elevations over 3,000m three quarters of people can expect to suffer mild symptoms. The occurrence of altitude sickness is dependent upon several factors, such as elevation, rate of ascent, and the individual’s susceptibility. Many people experience mild altitude sickness during the normal acclimatization process. The mild discomfort that accompanies this adaptation should be considered normal and acceptable. 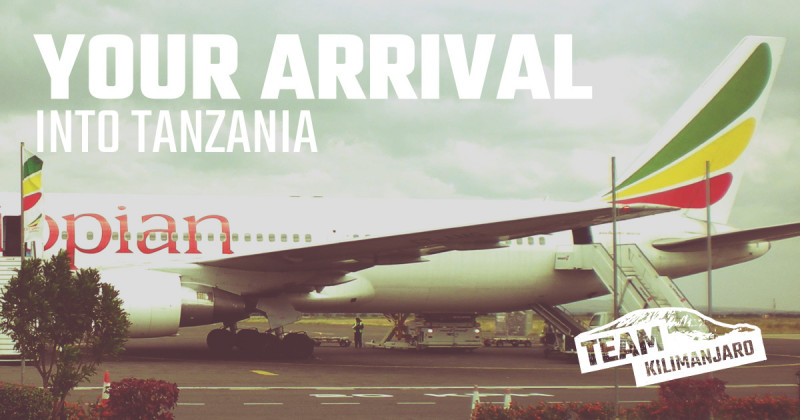 There are three usual methods for climbers to reach Arusha: 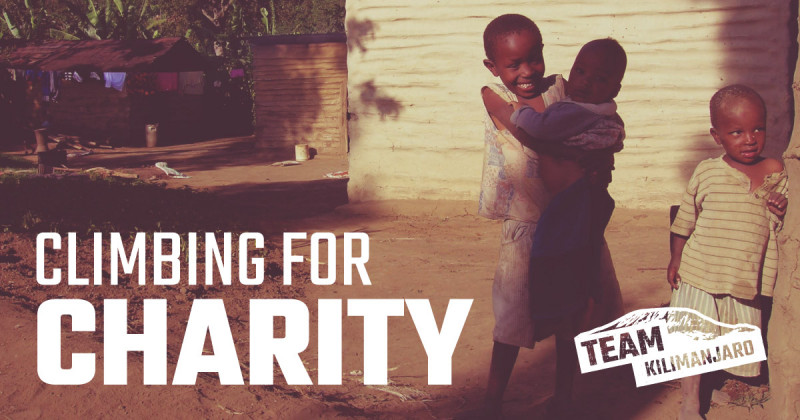 A growing number of Team Kilimanjaro’s climbers are nowadays climbing Mount Kilimanjaro for charity. While of course many of our climbers will climb Kilimanjaro with us without our necessarily knowing that they are raising money for charity while they climb, we suggest that it may nonetheless be in the interests of their cause to let us know, if they are happy to do so. Indeed, for some climbers the knowledge that climbing Kilimanjaro for charity may allow them to offset some of their own fundraising costs may be instrumental in their decision to climb, if they are in any doubt at the outset as to whether they are in a suitable position to finance their proposed fundraising trip. 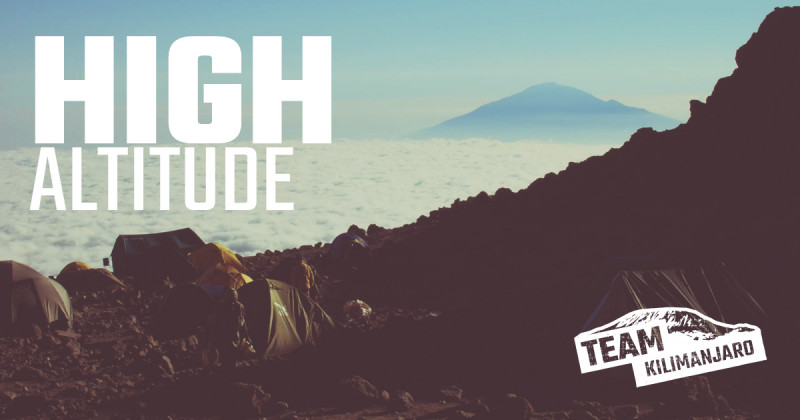 Technically an ascent of Kilimanjaro is classified as entry into the Extremely High altitude zone. Altitude is defined on the following scale: High Altitude Classification of Zones 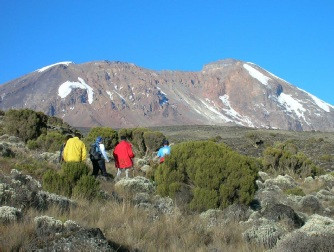 Climbers would usually expect to be collected from their hotel by their guide and support team at 0730 on the morning of their climb. Where there are climbers staying at different hotels this pick-up time may be deferred slightly. Climbers joining climbs on which there are other climbers staying at different hotels who wish to have an accurate estimate of their amended pick-up time are asked to either call or SMS our Arusha office. 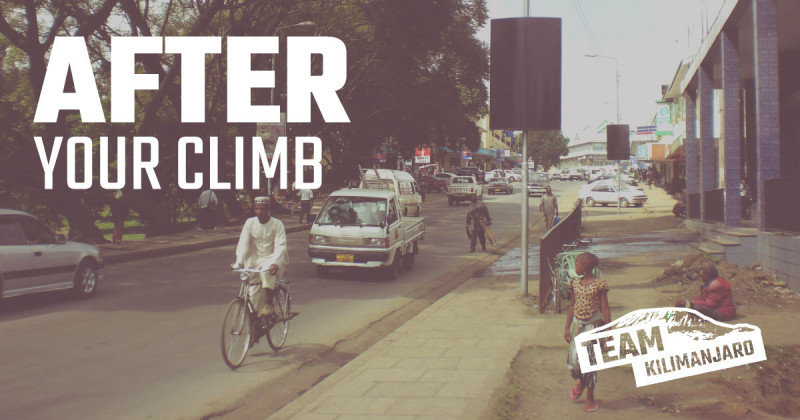 Having had lunch at Moshi (assuming time permits following your descent) and been transferred back to your hotel after the climb, if you are booked into the same hotel that you stayed in before your climb the reception staff ought to have retrieved your bags from their lock room and would normally have this waiting for you at reception. Occasionally however, particularly when your hotel is busy, this may not be possible and you may have to wait while a member of staff goes to the lock room and retrieves your bag for you. 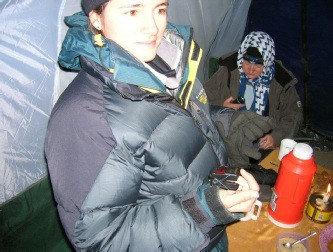 Our attitude to safety is unique in that our founder is from time to time contracted by Kilimanjaro National Park Authority to conduct safety work on the mountain and to advise on route selection and accident prevention.